Is Dairy Bad For Your Health – What the Science Actually Says

After I posted my article about plant milk and my TikTok video (somewhat jokingly) ridiculing the fear of cow’s milk, I was flooded with comments and messages about all of the alleged health concerns associated with dairy consumption, and I thought I would address them here.

Now, I do want to be clear that I am not advocating that people ditch their almond milk for dairy milk if they don’t want to. Dairy is not an essential component of the human diet. And is plant milk bad for you? No! (of course, with everything, there are some variations that are objectively “healthier” than others.) I , myself, like to put almond milk in my protein shakes. However, with the average plant milk costing nearly double the price of traditional cow’s milk, I think it’s worth addressing the fact that this dairy stigma is somewhat unjustified.

In this article, I address some of the common health concerns, claims, and fears associated with dairy and dive into what the clinical research actually says.

Now, as I address in my plant milk article, there is certainly a large population (roughly two-thirds of the global population) that is affected by lactose intolerance. Babies are born with the lactate enzyme to facilitate the digestion and absorption of lactose (the sugar present in milk.) In certain populations (particularly Asian and African) this enzyme dissipates with age which causes malabsorption of lactose. For those affected, adopting a dairy-free lifestyle is certainly going to be an ideal option for reducing symptoms.

However, most of my readers are based in North America, where lactose intolerance is far less prevalent. Those of European descent do not commonly suffer from lactose malabsorption. Only about 36% of the U.S population has a sensitivity to lactose, and even among those, around 70% can consume moderate amounts of lactose without adverse side effects due to a hypothesized colonic metabolic adaption. So this means that just under 11% of Americans cannot consume lactose without experiencing negative side effects.

Furthermore, other studies have indicated that many people believe they are lactose intolerant when they in fact are not, and adverse effects experienced in these instances are in fact psychological.

In conclusion, the prevalence of lactose intolerance may be far less prevalent in the U.S. than people think.

Traces of hormones such as Estrogen and Progesterone are naturally present in dairy products which have raised concerns about hormone imbalances that can potentially arise from dairy consumption. However, there are only trace amounts present. For perspective, a standard 8-oz glass of milk contains only 2.2 nanograms of estrogen (skim milk only has 0.8 nanograms). For males, a glass of whole milk only contributes 0.004% of the amount of estrogen that their body naturally produces in a given day. For females, this is closer to 0.0003%. And as you can imagine, the consumption of these minuscule amounts has not been associated with any effects on the human body.

Note that the presence of hormones in milk can be significantly reduced through the removal of fat content, so skim or reduced-fat milk will have far fewer hormones than whole dairy milk, for instance.

Hormones are Present in All Animal-Based Proteins

I wanted to quickly note that hormones are naturally occurring in all animal proteins, so if your reasons for avoiding dairy are the hormones, you may want to skip the chicken also.

The United States does permit dairy farmers to administer growth hormones to cows to increase milk production. The most commonly administered hormones include rBST or rBGH, which can stimulate the insulin-like growth factor hormone in humans (IGF-1). Although while many of the alleged concerns associated with the consumption of these hormones have largely been disputed by clinical trials. In some instances, there has even been a positive association between IGF-1 and other health risks, such as obesity and diabetes.

Notably, increases in IGF-1 are also associated with the consumption of any type of protein, not only dairy.

However, to mitigate any potential risks, you can always opt for dairy products that denote that they are free of rBGH or rBST. A list of the dairy brands that use them and do not use them can also be found here.

There are many claims circulating about dairy consumption and certain cancer risks—particularly those of the reproductive organs such as ovaries, breasts and prostates. Let’s take a critical look at what the evidence suggests.

While more research may be needed, existing evidence has also supported a reduced risk of ovarian cancer with higher dairy consumption. However, similar relationships have been observed with vitamin D and calcium intake, so it’s unclear as to whether this association is due to dairy consumption or the increased consumption of these nutrients, which are found in enriched milk.

There is research that may suggest a causal relationship between prostate cancer risk and dairy consumption. For instance, this study suggests that this may be the case. However, the American Institute of Cancer Research and the World Cancer Research Fund Organization has concluded that there is no relationship. It’s also worth noting that those who consume dairy products generally consume higher amounts of fat, and high-fat diets have been linked to increased cancer risk. And available studies that associate dairy consumption with cancer risk fail to isolate these variables.

For acne sufferers, dairy milk may cause an elevated risk of acne development. However, interestingly, the aforementioned meta analysis found that the consumption of cheese and yogurts (other milk-derived products) demonstrated no association. And other studies have revealed no relationship. Many studies do confirm, however, a positive relationship between the consumption of high glycemic-index foods and the prevalence of acne. It is possible that milk drinkers may also consume higher GI foods which could be a potential flaw in the evidence supporting the dairy and acne link.

Many of the health concerns associated with dairy consumption are not supported by evidence. You may choose not to consume dairy for ethical reasons or due to intolerance, but cow’s milk may be undeserving of its bad health rap. Of course, whole-fat milk and cheeses do contain high levels of saturated fat and higher amounts of trace hormones, so if you do choose to consume dairy, it may be better to opt for reduced-fat varieties.

Disclaimer: I am a certified nutrition coach and personal trainer, not a registered dietician or physician. The information in this post are meant to be for educational purposes only and should not be considered as medical advice. Please consult a licensed professional for specific dietary guidance

Get exclusive content to your inbox and never miss an update!

What are you searching for?

X Close
We use cookies on our website to give you the most relevant experience by remembering your preferences and repeat visits. Read More By clicking “Accept”, you consent to the use of ALL the cookies.
Cookie settingsACCEPT
Manage consent

This website uses cookies to improve your experience while you navigate through the website. Out of these, the cookies that are categorized as necessary are stored on your browser as they are essential for the working of basic functionalities of the website. We also use third-party cookies that help us analyze and understand how you use this website. These cookies will be stored in your browser only with your consent. You also have the option to opt-out of these cookies. But opting out of some of these cookies may affect your browsing experience.
Necessary Always Enabled
Necessary cookies are absolutely essential for the website to function properly. This category only includes cookies that ensures basic functionalities and security features of the website. These cookies do not store any personal information.
Non-necessary
Any cookies that may not be particularly necessary for the website to function and is used specifically to collect user personal data via analytics, ads, other embedded contents are termed as non-necessary cookies. It is mandatory to procure user consent prior to running these cookies on your website.
SAVE & ACCEPT 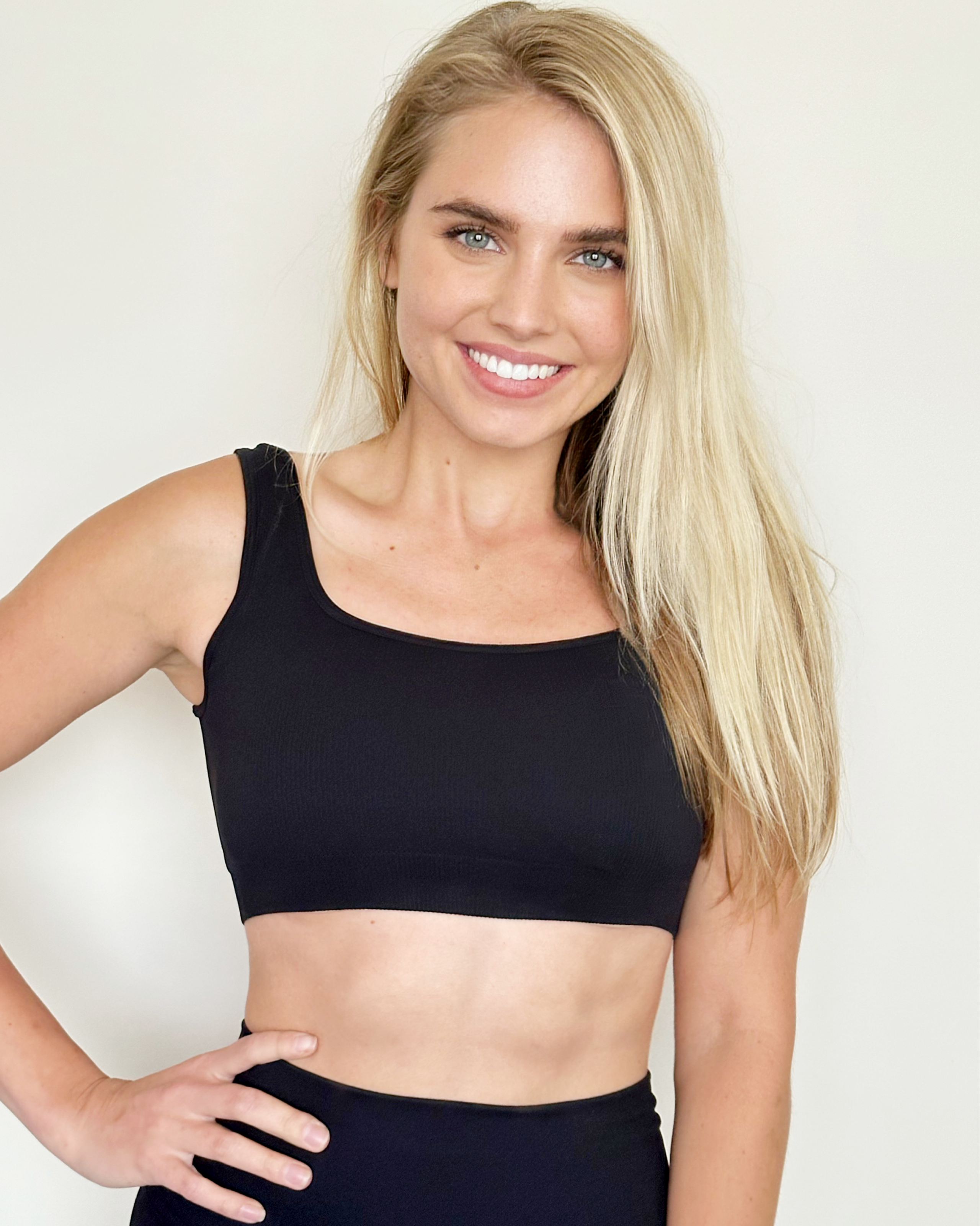